Are you a passenger in your business?

If there was ever an event to show Britain at its best and the best of British, it was surely the 2012 London Olympics. The athletes, the gamesmakers and the public, including visitors from far and wide had a ball. The opening and closing ceremonies were truly spectacular. The worries about coping with the travel firmly put to bed with an exemplary performance by the operations at Heathrow and Transport for London.

We may have all been passengers at some stage but there were clearly many in the driving seat making things happen. While Mayor Boris Johnson and Lord Coe took the accolades they were quick to praise the team effort, and quite rightly so. Just like any business it’s a team effort.

But the excitement didn’t stop there – along came the Paralympics. Could the Olympics be overshadowed? Time will tell and we’ll all have stories as the events and the contestants show just how far the Paralympics have come since the first event at Stoke Mandeville Hospital in 1948.

Again we were treated to an opening ceremony to remember. As one journalist put it

Adding to his amazing achievements, Prof Stephen Hawking addressed the world and said “look up at the stars not down at your feet …be curious”  read the article and relive the video here

And so more games begin and one thing again is certain. When any of the athletes take their position on the starting line, they are clearly in the driving seat. Their team and their supporters will be encouraging them, but are all passengers hoping for the best.

While we celebrate athletic achievement, in the background the world hasn’t seen such a deep and prolonged economic downturn since the depression of the 1920’s. And surprising though it may seem, unless you’re over 40 years old this is the first recession you’ve experienced in your working life.

We can wait for Governments to help more but they can only provide the environment for growth – it’s up to businesses, small and large, to take action and make things happen. It’s right to call on the government to help as the British Chamber of Commerce asks here. With negative growth forecasts clearly confidence is an issue, but what else is holding businesses back? British inventors haven’t run out of ideas as this article suggests 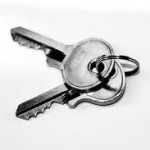 See what you can achieve here when you start driving.

If you’re a passenger today, there may not be a business left when you’re ready to drive. 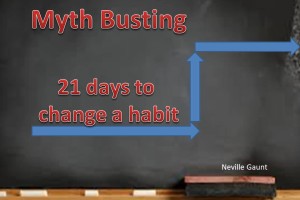 Another Myth? It takes 21 days to change a habit

Is there a Mary in your organisation?