Are you more creative than a 4 year old?

The fact is we ‘can‘ all be creative because we once were – all of us! Remember that first painting our parents drooled over – well some of us probably won’t as it was a long time ago, but you can recall a similar event seeing or being that parent. That painting was so creative you probably found it hard to work out what it was supposed to be ? But whatever it was –  it was BRILLIANT!

So why aren’t we all brilliant painters?

A good friend recently said that when he was a teenager his dad said “…after years of trying you’re really no good at painting…” Now a lot more years have gone by since then, but that thought, that wasn’t his own, really influenced his actions, and guess what, he stopped painting.

Our formal education, that lasts to at least our teenage years has a habit of telling us what we are good at and also what we’re not good at. The following link is to an entertaining animated video adapted from a talk given at the RSA in 2010 by Sir Ken Robinson, world-renowned education and creativity expert and recipient of the RSA’s Benjamin Franklin award.

During our own journey we have learnt many things and forgotten a lot of them, That’s mostly because we’ve never had the need to use them. Calculus and simultaneous equations – remember those? If we use them a lot they stay at the front of our mind and get refreshed so often we don’t even have to think, it just happens. “Fie, fie woman, it is the sun not the moon…” well that’s enough of that for my recall of Shakespeare – but you can see what I mean.

Sometimes, in fact lots of times we hear things from others that stick like glue and become facts. Reality or just your perception it becomes a fact and then a belief. Whatever way round it happens, it just does, and then its so ‘sticky’ and ‘true’ nothing is going to change it. Not even you?

Now back to that friend of mine – he’s taken up painting again by the way and he’s really enjoying it  – whether people will buy anything is another matter – but that’s not why he does it, that’s not his purpose. He does it because he loves it – what a great purpose!

So what about you? Did the video jog the memory? Want to rediscover things you’ve hidden away through lack of use? Maybe it could really help you in your business today. 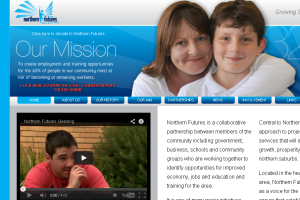 Just who is ‘Lou Brazier’?