Do beliefs matter? What do you think?

As if it were yesterday I can hear my mother saying

Be careful what you believe, it might just happen!

And sure enough it usually does – but is that surprising?

Take the example of the recent UK referendum on leaving Europe, or more commonly known as #Brexit. The electorate chose, against all expectations to leave the EU. What has followed has been wild rhetoric from politicians, business leaders and those that manage the financial markets. Of course it’s a huge deal that the 5th largest economy in the world is making a momentous move, but the Brexit campaign was about sovereignty and their belief we can do better outside than in. Only time will really tell, but even then we’d have to guess what it would have been like had the UK remained.

However, this momentous result shows that in the absence of ‘real’ evidence, beliefs have driven the argument.

At Mind Fit we’re often asked about our simple equation that makes us all unique. Understanding it is what makes all of us unique:

Beliefs form the foundation of who we are. When we know that, and believe it we can start changing – as beliefs can be right and wrong. And if you think it, you are likely to believe it. 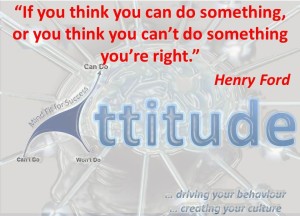 As a regular reader you will know that at Mind Fit we recommend you look at the evidence, what’s the reality? And we ask the simple but hard questions like

Are we looking at this the best way? How do we know that?

And so here’s a simple, but real example of how it works in the real world as recalled by our Sports Director Tony Westwood.

I am reminded of an episode playing golf with a friend of mine at Goodwood.

It was a lovely day and we were enjoying a relaxing game of golf on the stunning ‘Downs Course’ on the Goodwood estate. With amazing views out across Chichester to Portsmouth, the Solent and beyond to the Isle of Wight, it was just the perfect day for golf.

After we had completed the 14th hole, I noticed a change in demeanour one of my playing partners. Let’s call him Joe. As we walked down the slope to the 15th tee his head was bowed and his shoulders slumped with a stern look on his face.

“What’s up Joe” I called across and his reply went something like this. “I hate this hole. I always make a mess of this hole, I hate it!”. Strong words but you had to be there to feel they way he said it.

The 15th on the Downs Course is a challenging par 4. It plays 376 yards of the yellow markers and has out-of-bounds on the left side and waste high rough to the right of the fairway. Not too long, but the average golfer is hitting his or her tee shot into a fairway that slopes severely upwards in front of them, so their golf ball is not going to run very far once it hits terra firma.

In an effort to hit a ‘big’ tee shot, for most golfers errant shots follow and the pressure is on.

Joe addressed his tee shot nervously and hesitantly swung the club trying to be careful. This first attempt sailed over the out-of-bounds fence into the field. After everyone else had teed off Joe reloaded. His next shot flew at 45 degrees to the right and into the waste high rough. Finally, playing 7 off the tee he scuffed the ball off the front of the tee to the bottom of the hill.

His 8th shot was a better effort and got him to within 100 yards of the green. His 9th was a great effort, just a little strong and it trickled off the back of the green. In playing his chip back on, he struck the ball towards the top and it finished further away from the hole and off the green back down the fairway. After an 11th shot and 3 putts, Joe scored 14 on the 15th hole.

I was holding the flag and after placing it back in the hole I walked towards Joe with a smile on my face and my hand extended ready to shake hands and congratulate Joe. He looked puzzled as I said “Congratulations Joe, you were successful, you did exactly what you believed, are you happy now?” I know Joe well so he would take that in the spirit meant – context is everything.

Initially he said “What?” and then I reminded him of what he had said on the way to the 15th tee and that he was exactly right and that I wanted to congratulate him on that success. He shook my hand and understood that from that moment he needed to change his approach on that hole and that while it might not change immediately, it would in time.

Since the referendum, we have been bombarded with news and opinions about what might happen now that UK has voted to leave the EU. Many have viewed it as a negative step to close our borders and be inward looking. Others, are viewing it as a great opportunity to be outward looking, to invite the world to do business with the UK and be leaders and collaborators in this post financial crisis world.

However, it’s a fragile situation and the most dangerous comments come from politicians and those that watch and trade on the world’s financial markets. You only have to look at the timing of the first post Brexit speech from the Governor of the Bank of England, Mark Carney who stabilised all market volatility with a calm, confident and believable delivery. I recall a tweet at the time from Janan Ganesh, columnist for the FT and political commentator on TV

It’s like having Morgan Freeman as your central bank governor

We can see from the simple golf course example above, how powerful what we believe is and if it works on the golf course and in sports you can guarantee it works in business and in life too. Why? Because it’s personal and real.

Many of the traders are talking about how volatile the markets will be and that a recession is just around the corner and that there are tough times ahead. If this is what they believe, how is it going to shape their decisions on how they trade?

What might happen if you challenged your beliefs, and believed something different in your world? Your organisation?

As ever you always have a choice. So what’s yours?

To find out what this would mean to your organisation, your sector or you, then email us or use the Mind Fit contact page. 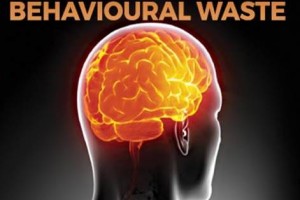 Is Behavioural Waste the missing link to Lean Programmes Succeeding? 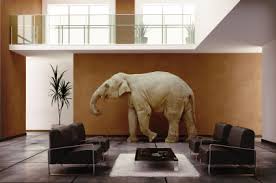 Do you know how much The Elephant in the Room Costs?