Are you in Cyber Security Denial?

Are you in Cyber Security denial?

Can you remember the first time you heard someone advise you to backup your PC? There isn’t a person on the planet that wouldn’t acknowledge all the arguments or reasons why you should take the advice and implement it. Yet how many people have lost data, documents or life stories because they failed to do that one simple thing? Make a backup or back it up to a separate and independent storage device is ringing in my ears as I write this, so what’s it doing to you?

And when you don’t do it you say I forgot or I’ll do it later or blame the PC “isn’t it automatically done?”

Today in this highly technologically driven society, backups are indeed automatic and mostly done in the cloud. (I expect a few reading this will be thinking… “the cloud! That’s a great idea, I’ll do it later.”)

If you’re disciplined and not only take advice but act on it because it’s not only right but it’s the right thing to do then you don’t need to read on.

Alternatively, I really hope you were one of the lucky ones and didn’t lose everything because you didn’t make a backup. Maybe you only lost a few documents that luckily someone else had kept an old version – phew that was lucky!

But if you have in the past lost everything, I hope you learned the lesson, hard as it was to learn. I’m not looking for empathy, but I did lose everything once in corporate life only to be told the server that failed also took out the backup! So what I believed to be our IT experts, they clearly weren’t practicing what they preached!  This practice is as you may have guessed, just another small drop in a sea of Behavioural Waste™(and this one is good example of Systemic and Cultural Behavioural Waste).

The press is full of examples of the frailties of organisations in the world of cyber security. Recent front page news in the UK was the TSB Bank which is interesting because the changeover they had instigated was to prevent cyber-crime, and resulted in opening a side door for fraudsters to manipulate.  But it’s not only large businesses that are prime suspects. We are all a suspect, especially when it comes to the digital world.  And we’re all responsible for our own data as the recent Facebook investigation has brought to everyone’s attention.

We are also made aware of the perils of the digital age and the onslaught of cybercrime by the intervention of government advice websites and phone lines of which the UK is but one example  https://www.gov.uk/government/policies/cyber-security

Now it’s only a peril if it is going to affect you and you choose to ignore it (that’s your Personal Behavioural Waste™). If that’s the case, then good luck, as you’ll probably need it!

However, if you’re still unsure whether it will impact your life then the following picture of what could happen at home might nudge you into action.  (courtesy of the Joy of Tech – Nitrozac & Snaggy) 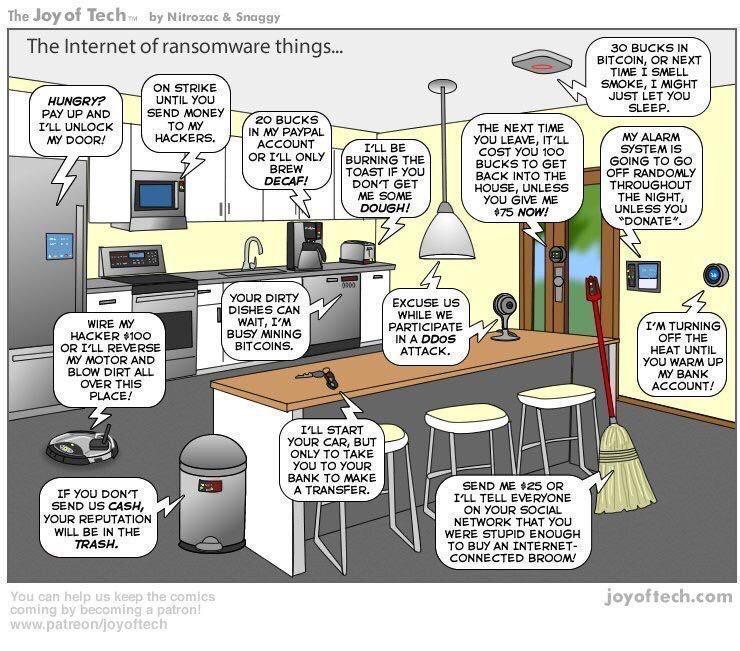 Are you in Cyber Security denial?

If you want to reduce the Behavioural Waste™ in your organisation then we’d be pleased to help you do it, once and for all. 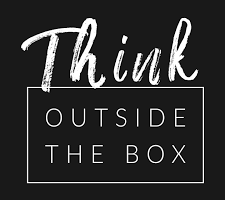 How can we think outside the box today? 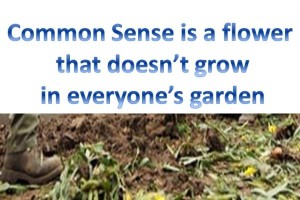 How to Beat Fake News