We all like to believe we make decisions with the best knowledge available and that we are good decision makers.  But we also make decisions based on experience, gut feel, or instinct. But do we know they are the best decisions? 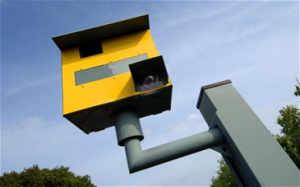 What makes us deny to ourselves the reality of a situation? We all make minor misjudgements whilst driving such as coming up to a junction too fast, breaking hard just before the speed trap, driving too close to the vehicle in front or being distracted whilst using a mobile phone. If challenged we get very defensive and we create an internal narrative to ourself that justifies what we did and how totally in control we are.

And it can easily lead to people behaving in an aggressive manner. If we were focused on what we were doing we wouldn’t make basic mistakes. In fact if really focused we would actually keep improving as that is how people get good at things in sport or leadership or personal performance at work.

In the 1950s two USA Ivy League University football teams competed in a gruelling game which resulted in research being conducted into how opposing fans saw the game, particularly in relation to their opponents “blatantly unsportsmanlike play”.

The fans were able to wax lyrical as to what the opposition team’s players did, which included infringements of the rules and severe fouls whilst their team were portrayed as victims. The research however showed that neither team were innocent and the number of infringements was about the same. The fans however did not believe it. This deluded view is probably mirrored every week on sports terraces throughout the world and probably why statistics have become such a feature in analysing any game.

We ignore the reality, including our own misdemeanours, and loath being challenged which is why people tend to get very aggressive, verbally or physically.

You see most of us we make sense of our lives through narratives of what we see and experience. We tell internal stories to justify our behaviours or decisions. We assume we are intelligent or bright, capable and rational. We believe we are in control albeit at times we may have doubts about our abilities and may be cynical about other people or events; yet we believe we are the masters of our own destiny. Are we just deluding ourselves?

Most of us associate being delusional with people suffering from psychological disorders such as schizophrenia, dementia and bipolar disorder or caused by traumatic brain injury. However, delusional is defined as

a belief held with strong conviction despite overwhelming evidence to the contrary.

is allowing ourself to believe something as true when it is not. So it may be more common than we think.

Delusional? Test it for yourself. How often do we delude ourself? Daily?

Organisations are full of people who fail to check out how effective or efficient they are yet who have an inflated opinion of themselves. They believe they are right, only they can make decisions, who see fault in others who they often blame and are often dismissive of those around them. They are blind to the reality and if given an opportunity to discover how they really behave and perform, perhaps through a 360-degree appraisal, they are often reluctant to take part as it may divulge a truth they do not want to discover. Fear of the truth is too scary.

Lord Sugar of “The Apprentice” fame often describes candidates in the programme as “being deluded”. When we get to the finals and get to hear the CVs of the successful few, we finally get to know what he’s known from the start!

Yet one of the biggest forms of collective delusional minds surely has to relate to Learning and Development (L&D). Topics such as leadership, personal performance, team working, cultural change, conflict resolution, motivation and empowerment have been the subject of intense input from L&D professionals for decades yet the reality is these topics remain major issue for organisations.

In 1975 Donald Kirkpatrick introduced his four levels for training evaluation.

What transpired is the assumption by training professionals that level 1 (reaction) led to level 2 (learning – new knowledge), which in turn led to level 3 (behavioural change) which ultimately led to level 4 (results in the work environment). This assumed each succeeding level is more informative and connected to its predecessors, as shown in the “Knowing–Doing” continuum below. Therefore, knowledge provided causes learning which can be tested. Learning causes changes in attitudes and behaviours, which results in the learner applying new knowledge in the workplace. The outcome for example, being improved performance, customer service or leadership.

Figure 1: From Knowing to Doing

Unfortunately, and largely ignored by a majority of learning professionals is the proven gap between the act or process of consuming learning in the form of knowledge and the performance of observable behavioural change.

So How Useful is the Kirkpatrick Model?

Firstly, it is important to understand what type of learning we are referring too. Technical training has a high level of transfer back into the workplace subject to the individual being given the opportunity to use it within a working context. However, it is in the area of what is described as “soft” skills including topics such as team working, leadership, engagement, change, performance management and stress where the real problem lies.

There are several key sources documenting the poor transfer of soft skills, research and practitioner observations.

With Donald Kirkpatrick himself highlighting this major problem it is surprising that the Learning & Development profession have largely chosen to ignore it.

How to make it work

The solution is simple, split the knowledge – doing continuum into two halves. If the need is knowledge then seek that from the appropriate development professional. If attitudes and behaviours need to change to deliver the business imperative, then you need a different kind of professional.

First you have to look and accept the evidence. 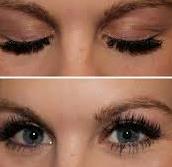 We should stress that we completely support knowledge training if it is relevant and useable. Unless traditional L&D professionals and trainers acknowledge the Knowing–Doing gap and abandon their futile dependence upon knowledge input as the solution, organisations will continue to waste time, effort and money on something that has little effect and remain stuck with the continuing problem of poor leadership, underperformance and disengaged people.

The reality is we are dealing with two continuums. All you need to do is identify which continuum is relevant at a moment in time and use the appropriate professional.

The First Step – get Mind Fit

Stop deluding ourselves by making connections where they don’t exist.

As ever we all have a choice. What’s yours? 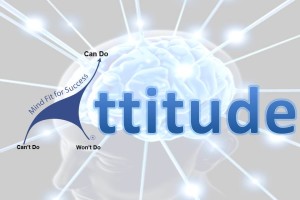 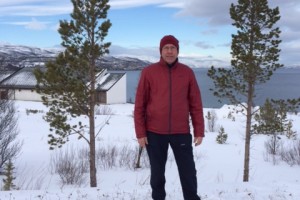