Have you noticed the Holes in Your Cheese?

We believe we’re great at judging and assessing other people’s personality and attitude as we know them and know how they operate, which buttons to press and which one’s not to press.

Current research suggests we only have to look at someone to make up our mind if we’re going to like them. We probably know that already as we have all met someone new when networking and sized them up before the first word is uttered.

For those that manage a team, we know who’s good under pressure, the best performers, the ones with the safe pair of hands, the better team players and those that are OK but just functioning, or present but not setting the world alight.

After all, this is your world, your experience, your judgement and all this is filed somewhere in the space in the 5 inches between your ears – commonly referred to as your brain. You’ll have formed a picture or a map of each one. Because you have created it and you’re right of course that picture will probably look like the outside of the cheese above. Smooth with no holes, graining or cracks.  A smooth and colourful veneer.

However, when you slice through it, suddenly the picture changes. There are lots of holes, some large, some small, a few cracks and some graining that all remain hidden. If you were to take time and carefully ask each person you will find some frailties and insecurities, the holes, and they’ll probably know they exist, as they are after all only human. But this is your world and your judgement and you know these people so it’s still a smooth, unblemished shiny surface.

Now what about you?

How well do you know yourself? Are you the smooth shiny, unblemished surface – calm under pressure, confident, a team player, good thinker and leader, or have you any holes or gaps you’re patching up, maybe ignoring or don’t even know they exist? All of these will be impacting negatively on your performance and that of your team causing behaviours that are wasteful in terms of time, effort and money – collectively this “behavioural waste” you have actually chosen to ignore. Yes, it’s a choice, your choice.

How about filling the holes in your cheese?

None of us are perfect and we all have holes. They’ve matured over time through your beliefs and experiences and some not worth worrying about but others will stop you performing at your best. Filling your holes may take time, but it’s easier than you might think.

Take the story of Penny

Penny was a middle manager in her company and very vocal during the first day of the workshop programme. She was highly intelligent and had a very broad base of knowledge in a variety of areas. She was always happy to speak out and give her opinion, and was keen to emphasise her intellectual abilities. She had a slight air of ‘knowing it all’ about her.

During the day, we noticed that some of her colleagues didn’t seem to be enjoying her interjections. By the end of the day, people were rolling their eyes whenever she spoke and one even let out a heavy sigh. We tried to start a dialogue within the group and the man admitted that he found Penny’s persistent need to expound on every theory she had read about frustrating and controlling. Penny was visibly upset and came to see us after the day had ended.

Penny told us that she had had a troubled personal life for many years, and had undergone many different types of counselling and therapy in the hope of finding some inner peace. She said that these endeavours hadn’t particularly helped, and in fact had left her more confused than ever, with a head full of facts, figures and theories about personal development. She resented the amount of money she had spent over the years, and wanted to feel that she had some knowledge to contribute. She also told us that academic achievement was highly prized in her family, whereas a more emotional, spontaneous attitude was frowned upon.

We thanked Penny for being so frank, and suggested that perhaps, on the second day, she should be a little freer to just take in what was happening around her, and not be so concerned with playing the ‘expert’ in the group. Part of natural learning is intuitive and we can learn much from simply observing and listening to those around us. Penny took our advice, and the next day she was a much quieter presence. Over the next few weeks, with our support, Penny learned a greater sense of self-awareness and through personal effort succeeded in controlling her urge to intellectually dominate the people around her all the time. We cannot claim to have solved her personal issues, but she was certainly a more popular and trusted figure in the office, which had a direct impact on her happiness and productivity at work.

Penny’s story is not that uncommon, and even though she was trying to file the holes in her cheese, her focus wasn’t on the right issue – her behavioural waste hadn’t been clarified, found or acknowledged and acted upon.

So, how holey is your cheese?

Small holes or large holes don’t matter as both can limit or reduce your performance. Sometimes the small ones can be more damaging. But whatever your answer to the question, we know you can fill the holes permanently, but only if you want to.

It’s always a choice – but only if you believe it. If you don’t believe you have a choice maybe it’s you that needs to start to change your mindset?

If you want to find out how you can fill the holes in your cheese, just contact us. 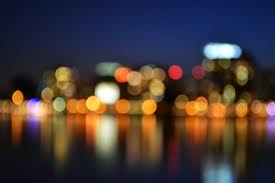 No Clear Purpose? Would you say No? 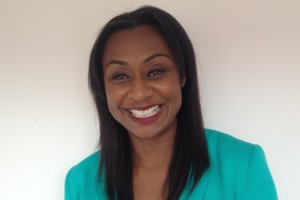