We’re often asked this question and what may be surprising is that no matter the size of the organisation the answer is the same – start with reality. Why? Because we instinctively know that’s the right place, yet we all make assumptions and hence we get it wrong, or feel lucky if we get it right. However, let’s take instinct and gut feel out of the equation and hopefully your common sense should become obvious from reading the following.

There are 5 roles that Reality-Driven Leaders perform :

and each of these roles are needed in any organisation so you get the best result. But problems will always arise if you make assumptions and these create or expand the perception-reality gap.

In the late 1980’s Graham Williams, architect of the Mind Fit Process® and co-author of Reality-Driven Leaders in a Complex World was put in charge of public order training in a UK police force. Never having been involved in public order, or been trained, it was completely new to him.

Most leaders on accepting a new assignment would accept the status quo, assuming everything was fixed and get on with doing the same job as the predecessor. A few might quickly assess the situation, perhaps make a few small but effective changes and then settle in with doing the job.

However, a Reality-Driven Leader would get on with doing the job so effecting a seamless transition but look at the big picture and start asking questions and then making changes that improves results.

Graham was staggered by what he found, the evidence, yet what he discovered is his new world is still relevant to how organisations attempt to meet the challenges that they face today.

This is Graham’s story…

Graham’s Journey of Discovery – the investigator

Police forces had been tackling various levels of public disorder for many decades across the country including the Brixton riots of 1981 and Tottenham Broadwater Farm riots in London of 1985. To provide protection to officers the police had adopted a protective shield similar to that used and designed by the military for use the narrow streets of Hong Kong. The shield measured 5ft 6inches high and was made of flexible Polycarbonate. However the wider UK streets meant the shield had to be used very differently tactically than the design required.

The new tactics required the forming of a 5 x man shield unit consisting of three holding shields that were held together and overlapped, and two officers behind holding their front three colleagues in place.

The shields and the tactics were extremely cumbersome and tiring and were not user friendly. Furthermore, they were not very easy to use in different situations despite variations of the tactics being adopted.

Reality on the ground showed that public order problems varied across the country and that the tactics developed were obviously far too rigid for that reality.

In short, it was clear that an off-the-shelf product forced behaviours that were marginally effective but far too rigid for the reality of the situations faced by front line personnel. 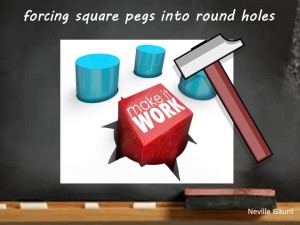 As a new manager, Graham inherited a process and it is often the case it was a result of forcing and squeezing the problem into the available solution because it’s an expedient way forward. But is that the right thing to do? 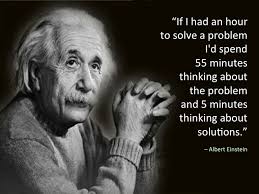 Graham realised that the police had simply started at the wrong place. They identified a solution to protect their offices – the long shield. They created tactics based on the 5 x man shield unit and then looked for the problem. This was clearly the wrong way round but, as you may also know is the all too common approach.

So, he started at a very different point and began to ask questions. Protecting officers was naturally one requirement, but that was only part of the problem and not the real problem. The real problem was managing public order – which ironically was in the title of his  department – Public Order Training.

Start with – What is the Problem?

So his start point was to explore the varied types of public disorder problems across the country. Then (as an innovator and navigator) he created flexible tactics that could be used in different scenarios. He then developed a shield which would also provide adequate protection. It was shorter than the original long one, had a gulley down each side that allowed good linking if needed, it was lighter and more robust and enabled officers to run with it for some distance. 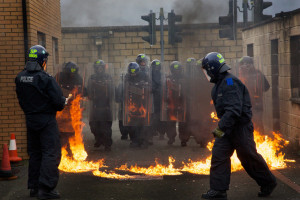 The logical order to solving public disorder problems was obvious. First, identify what is the actual problem; second, what tactics are needed and finally, what protection was required.

Results measurement was also important (the stabiliser) and that fed back into the effetiveness of tactics and any fine tuning that may need to be made.

Today, some 30 years later, the smaller shield and tactics are still employed to this date, yet despite the improved results, there  are a few  police forces that use the larger shield.

Today Graham’s journey above maybe what some organisations would  consider as a Complete Lean Solution, or a Business Process Review and of course it works. But the evidence says it has rarely be done successfully.

Research from a variety of sources says

“80% of Lean or Change programmes fail”

and as recently quoted by MicKinsey and the Harvard Business Review

“Over 70% of Leadership Development Programmes are unsuccessful”

Any good change manager or facilitator will know that the right starting place is where you’ll win, everytime.

While organisations will look at wholesale change programmes once in a generation, many will be investing in Leadership or Management Development with the expectation that such training will improve their management team and it follows that results will improve. So does this actually happen?

Where do organisations start developing people?

Providers, who are in the market offering various training interventions designed to meet organisational needs, tackle problems and improve results are still starting at the wrong place.

In 2017 a majority of providers are still offering knowledge or systems solutions to organisations, which for example range from lean management, psychometrics, leadership training, value development and culture change, together with various tactics on how to apply them.

To give you some meaning to what we are saying a search on the web will reveal the obvious. If you look up leadership training it quickly identifies a list of providers who offer very similar products, albeit marketed very differently. For example they may list the objectives of their training that include:

The list explored would give a range of knowledge to ‘wannabe’ leaders much of it based around theories and concepts that may be interesting but many are now outdated and may even be obsolete.

Here’s one example – a well used piece of information which has been rolled out by trainers for decades is the percentages relating to effective communication. Participants are given 55% body language, 38% tone of voice and only 7% of words to what achieves good communication. It is simply not true. Neither is the myth relating to changing a habit only taking 21 days. We suggest you check them out. Do your own reality check and google it – you’ll be surprised at what you might find as to the research done on either!

However, this approach by providers is entirely the wrong way round. Giving people knowledge or systems as a start point, some of which is or may be flawed, does not produce good or even develop good or great leaders. Organisations around the world are inundated with leaders who operate from a dictatorial platform that disempowers and disengages employees and results in poor or barely adequate performance.

Even if on paper these are what you want, great development programmes with inspirational trainers just don’t work!

These providers, which are the majority, let the client down as their proposed solutions rarely delivers as promised. The CIPD recently said

“Success is no better than random chance…”

They are solutions from a different time and from different problems which happened to work for the provider or their organisation in the past.

may have been the mantra and drive of last century, but in today’s complex world what is lacking is the right application of any knowledge gained.

If today all that was needed was “knowledge is power”, everyone that goes on an expensive sales course will therefore be great salespeople… wouldn’t they?

Providers appear to perpetuate their solutions through their professional bodies which makes them ever more enthusiastic. Clever marketing also rebadges these old and outdated approaches so what you get is the “Emporer’s new clothes”.

Check the web again, Google it for the reality. Here are some findings:

The start point is not a poor quality solution that we try to make fit but identifying the problem first. 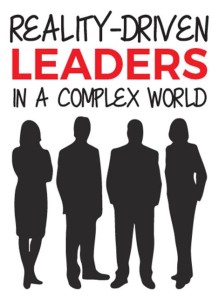 Today, we advocate the new role of Reality-Driven Leaders. These people operate from a position of their own reality from which the right solution for your organistion can be identified. This enables improved or new solutions to be found and the methods to deliver them.

Such leaders need to be pragmatic, flexible and relevant in all they do. They need to have the right attitude to challenge the status quo.

These leaders must remain flexible as the world in which organisations operate is always changing – having internal and external agility is critical to they way they work. The role must be cyclical so that it does not become bogged down in rigid systems and processes that often overcontrol but are built on changing realities.

If reality is at the core of what you do it really is simple.

Off-the-shelf solutions do not work or rarely do. Start by asking:

Do you want Reality-Driven Leaders? 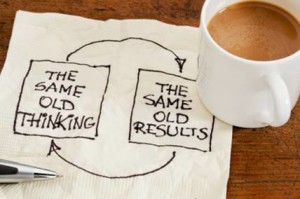 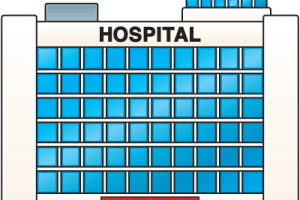 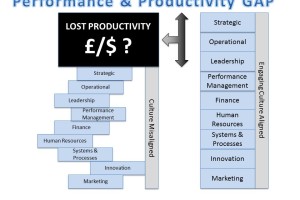