What’s the real difference between Mindfulness and Mind Fitness?

so we thought it would be best to make things clear.

Mindfulness is a form of meditation that was little known in the West until recently. According to Buddhist thought, individuals have a tendency to ruminate about the past and/or rush towards an ungraspable future, which never materialises. It is a 2500-year-old Buddhist meditation practice that according to the Dalai Lama asserts that this behavioural tendency of ‘not being fully present’ can distort an individual’s perception of reality and lessen their ability to consciously participate in the moment.

In the West Mindfulness has been taken out of its traditional Buddhist setting and is now linked with many negative personal conditions including anxiety, depression, behavioural addictions, attention deficit hyperactivity and coronary heart disease. It is also seen as an essential element of human well-being.

What is Mindfulness and its methods?

Definitions – Mindfulness means knowing directly what is going on inside and outside our selves, moment by moment. Prof. Mark Williams

Mindfulness is paying attention in a particular way: on purpose, in the present moment and non-judgementally. Kabat-Zinn

The primary focus in Mindfulness is meditation which involves breathing control. Its primary goal is a calm, non-judging awareness, allowing thoughts and feelings to come and go without getting caught up in them. This creates calmness and acceptance, and a sense of well-being.

In the West, Mindfulness is the process of engaging full, direct and active awareness of our immediate experiences and to maintain them in a sense of calm. Its use as a cognitive based therapy is growing and is now advocated by the National Institute for Health and Care Excellence (NICE) in the UK and the American Psychiatric Association (APA) for the treatment of recurrent depression.

Methods of developing personal Mindfulness are varied and include 8 weekly sessions each of 90 – 180 minute duration where participants are taken through guided Mindfulness exercises, as well as one-to-one discussion based therapy. Mindfulness:

It originated out of concern for the poor transfer of management and other training into behavioural change and tangible results in organisations. Although there is a significant evidence to show that learning rarely leads to people taking action over a sustained period of time, knowledge training remains at the forefront of people development in areas that include leadership, team working, personal development and change. Even Donald Kirkpatrick, whose evaluation of training methods that have been around since 1959, acknowledged in a book he wrote in 2005 “there is a devastating disconnect between learning and behavioural change”.

A new approach was needed that focused attention on developing the right attitude and behaviours, linked to performance to deliver organisational imperatives, rather than knowledge and learning. This new method adopted a holistic approach including some that are used by Olympic athletes today that produce people with a winning mind who persistently put in focused effort to succeed despite the odds, even after repeated knockbacks.

What is Mind Fitness and its methods?

Definition – Mind Fitness is choosing to use our natural abilities to perform to our optimum in different situations; through a ‘Can Do’ attitude and a ‘winning mind’. Graham Williams

The purpose of Mind Fitness is to develop active ‘Can Do’ people who deliver results for their organisation as well as themself. It uses a whole brain approach and includes the:

The process, the core of which takes place in one day, is designed to raise a persons awareness of them selves enabling them to assess their own attitudes and behaviours and the impact they have in different context. Today, this self-assessment is aided by the use of a mobile APP. It is an inside-out process rather than knowledge in and is driven by the participants and not the Mind Fit coach.  We use a variety of methods to achieve attitude and behavioural change that include use of the Mind Fit Map®, stories, thought provoking activities, low level physical activities and exploring behaviours and their source. Once the behaviours have changed a second day is added about a month later, that is aimed at providing practical tools, which a person can use at work, linked to organisational needs, or as a life skill.

Can Do people consistently operate effectively in a highly demanding and unpredictable work environment, to perform to their optimum and deliver results. They also know how to manage their energy levels so that they can relax when necessary or peak in different areas when required which is why our Mind Fit team includes people from both business and sport.

Are Mindfulness and Mind Fitness the same?

As you have discovered from above the answer is definitely ‘no’. Are they similar? Yes when it comes to focused attention and being in the moment however, that is where the similarity ends.

They are in fact very different. Mindfulness is very much about the individual and is used to develop well-being as well as treating some physical and emotional issues. Mind Fitness is about people having the right attitudes and behaviours to perform to their optimum in their context. This requires focus attention and energy. Today, we are not only using it to improve organisational performance but also in the world of education.

Both approaches have their place in today’s complex and highly demanding world and both are essential however, they mainly operate in different environments

As always, the choice is yours.

Want to know how Mind Fit can help your organisation? 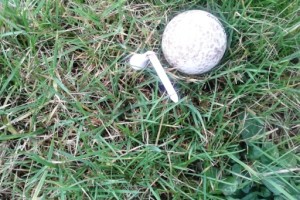 Is the Game of Golf Thriving? 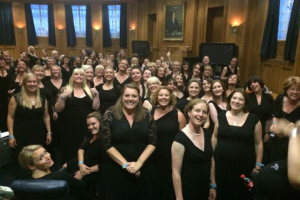 What could the Military Wives Choir and Business Have in Common?