Is Employee Engagement of Value to Your Organisation?

What are the benefits of employee engagement?

The following is abbreviated from the Chartered Institute of Personal Development (CIPD) and is as good as any in explaining the benefits to the employee and employer.(Note A) 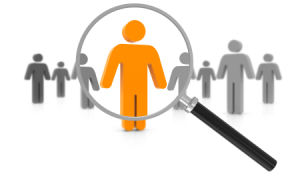 That sounds easy so is there a problem?

According to Gallup’s 2013 Engagement Survey 83% of people in the UK are disengaged at work, passively or actively. So it would appear the answer is yes!

It also agrees with the research we do when working with clients, although experience tells us that engagement does vary widely from one sector to another.
When you think about it employees can also only go so far along the engagement route because no matter how engaged they want to be, they will eventually hit the buffers. And these buffers come in two forms:

The more they hit the buffers, the more likely they become disengaged as there’s only so much that we can take.

The term business model used here includes all the processes and procedures, or as someone simply put it “the way things work around here” that affects our everyday working life.

It’s really not hard to see or hear when people are disengaged as you’ll hear people saying:

And lots of the comments are likely to be prefaced with “can’t, won’t or don’t…” or some other negative term.

Ask any good leader and the answers you’ll get will be a similar response to a survey by Accenture carried out in 2014:

• successful organisations are those that have spent time to engage the hearts and minds of all their people, and demonstrate positive beliefs, attitudes and behaviours to drive business results.
• many executives state the problems start with the difficulty of achieving a sustainable ‘mind shift’ at executive and operational levels within the organisation.

Regularly we hear that it’s engaging the hearts and minds at all levels of the organisation chart that will make the difference. That is indeed true but it’s much bigger and deeper than we may think as whilst not the intended outcome, but following processes and procedures can easily create and develop systemic waste, where people just function. And when that’s added to where organisations ignore the people effect it creates more Behavioural Waste™.

The traditional business model like the following is where most organisations operate. On the face of it the model appears fine, however 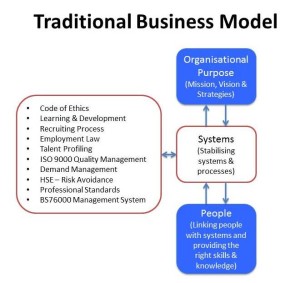 it makes several assumptions like the fact that the employees are an engaged workforce, looking for added value, new value, innovation and where relevant are prepared to stand up and be a ‘whistle-blower’ if they have to.

The fact is that the assumptions don’t reflect reality. For whatever reason people conform and follow the “way things are done around here” without questioning it. Even if they do question it and then the boss says no, they just go back and conform and probably are discouraged to question it ever again.

Why isn’t it Reality?
Lots of reasons and I expect you have many you can add to these. It could include being scared of the consequences of speaking up, or not wanting to be seen as negative or rocking the boat so we are driven to just acknowledging that the current system can’t be improved upon other than by patching it up. If patching it up becomes a problem, most will then just sit back and let it fail.

So how do you make Your Business Fit Reality?

What’s needed are Reality-Based Leaders (R-BLs) that acknowledge and recognise the importance of the employee. Not just the specific employees, but all employees. 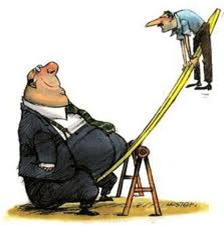 These R-BLs will be adapting the traditional model to bring in the importance of people into the equation and as Warren Buffet alluded to it’s the difference between managers doing things right (according to systems and processes) and leaders doing the right thing (to meet the situation).

Whilst the Warren Buffet separation has its merits it does mean you must have some great leaders! Perhaps because we have such disengaged workforces we haven’t got enough great leaders or the right balance of leaders and managers? 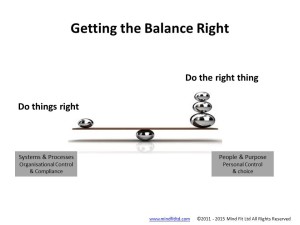 We make no such differentiation as a business needs to have people at all levels doing things right whilst being allowed to challenge their world in doing the right thing. It’s the employees at the coal face that make these systems work, and they should be best placed to make them work better. Does it matter that they have the title of leaders or managers for the business to succeed and grow?

At the very least, your leaders need to be creating what we call the Mind Fit Convergent Point™ so the organisation is fit for purpose and through that process will be engaging their team on a regular basis.

The convergent point sits between two differing elements of an organisation. The first is the link that exists between the organisational purpose, systems and processes that form traditional business models. The second relates to people and their behaviour and what the business means to them.

An example would help and we are probably familiar with the NASA story of the janitor whose dedication was demonstrated in his low-status work when he explained that if he failed to do his job, astronauts could pick up an infection from a dirty surface and an expensive launch costing millions of dollars could fail (in other words, what might appear to be a menial task actually involved controlling systemic variables). 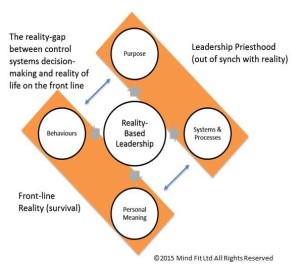 It is leadership’s ability to connect and re-connect individuals with the organisation’s purpose and re-energise those individuals by appropriate timely reminders of the “personal meaning” of their role within the changing context, that answer the questions: why do you do this job?

This model shows the two different components and the Reality-Based Leaders role is to link the two halves together where they converge.

How do you know where you are?

You simply need to start gathering some evidence. If your answers to the questions below are positive and constructive then your organisation and its leaders are doing the right thing however, if they are not, then it’s a different story.

But only you will know whether you’ve an engaged workforce or can do better.

If you would like to have the White Paper on Reality-Based Leadership then click here or email us at growth@mindfitltd.com

Note A: What the CIPD actually quoted:
1. Employers want engaged employees because, as well as being happier, healthier and more fulfilled, they deliver improved business performance. Research has repeatedly demonstrated a relationship between how people are managed, employee attitudes and business performance. There are nuances in the drivers and outcomes of employee engagement, but this basic link holds true across different sectors and job roles. Positive relationships are evidenced with profit, revenue growth, customer satisfaction, productivity, innovation, staff retention, efficiency and health and safety performance. A good summary of the performance link with employee engagement has been published by the UK government-sponsored Engage for Success movement.

2. Organisations also increasingly recognise the importance of their brand and reputation. Engaged employees will be stronger advocates of their organisations and help protect the employer from the reputational risks associated with poor service levels or product quality.

3. Conversely, having a disengaged workforce brings huge risks. As well as productivity losses, organisations may lose their best people and face huge difficulties when embedding organisational change if employees are not on board. Disengagement also threatens effective collaboration, innovation and human capital management, as employees will not be inclined to use their tacit knowledge and skills for the good of the organisation. 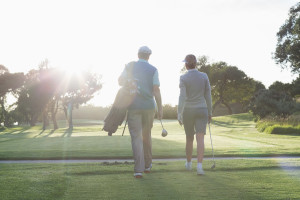 Is Your Mind Fit for golf? 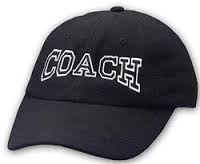 Are you ready for Coaching?

One thought on “Is Employee Engagement of Value to Your Organisation?”