What happens when the Inspector leaves? Does the purpose disappear?

Andy Burnham, Labour’s Shadow Health Spokesman’s negative response to the Government’s recent appointment of Sir Mike Richards as Chief Inspector of Hospitals was predictable, and right but for the wrong reasons.

Whilst Andy Burnham is fighting to defend his reputation as a responsible Secretary of State, the last government’s resistance to making the previous inspection system more accurate is being overcome with an overhauled inspection process. There will be longer on-site inspections, unannounced visits, larger inspection teams made up of doctors, nurses and patients, and rigorous Ofsted-style ratings. This is a great short-term and necessary action, but what of the longer term?

The problem with inspection regimes is encapsulated by Newton’s third law, that to every action there is always an equal and opposite reaction, in other words the more you push people to change, the more they resist. Similarly the more you inspect, the less those being inspected feel responsible for the performance of their work and so increasing, the more you need to inspect as the “inspectees” withdraw their attention from responsibility for managing their work. Similarly, inspection changes the behaviour of the those being observed (and also of the observer) in that self-assessing inspectors’ emotional and cultural proximity to inspectees’ behaviour leads to a kind of rationing of data-gathering. In other words, if we find too many problems we will have to spend time solving them. This in turn leads to inspectees believing that when incompetent behaviour on their part that has not been reported, it has by default been sanctioned as acceptable.

Andy Burnham is right to be critical of further interventions but for the wrong reasons.  The cultural problem of the NHS will not be resolved in the long term by further levels of inspection and more detailed systems of governance and compliance.  We can’t wait for the inspector’s report.

The real issue is one of purpose and behaviour.

Under the previous regime, the NHS underwent 9 systemic initiatives in 13 years. This developed a Won’t Do culture of resistance to all government interventions. This resisting behaviour has been well-learnt and in turn has led to an exhausted Can’t Do mind-state response to any initiative, no matter how sensible for workers and specialists who cannot see any way forward that is attractive. So the more they feel themselves pushed, the more they have to resist.

There is a powerful story that illustrates the power of purpose connecting people to value to create meaning in everyday tasks and releasing energy that is productive. During a visit to the NASA space centre in 1962, President Kennedy asked a janitor about his job in NASA. The janitor responded, “I’m helping put a man on the moon.” When Kennedy asked how that was, the janitor pointed out that his toilets were the last stop before astronauts entered the capsule, and that cleanliness was essential to prevent infection that could affect the performance of the astronauts in space. Isn’t that great clarity of purpose!

Obviously, the janitor understood the importance of his contribution to the purpose. He truly felt he was a valuable part of something bigger than himself, and his attitude created a feeling of self-confidence in his mission.  He wasn’t merely a janitor, he was a member of the 1962 NASA Space Team!

The future – lack of purpose and lack of engagement

The new inspection regime (with its inclusion of patients) is long overdue, but will only serve as a short-term tactical response to a systemic problem that can only be managed by reform. Such reform that begins by controlling demand, breaking the traditional conflict of medieval craft specialists and focusing on changing minds and rewarding ‘Can Do’ behaviours.  Reform is not about more of the same in order to get the same results, it’s about redefining work and mind-states to refocus on a sustainable purpose that involves creating value in peoples’ lives, to embed new meaning into everyday activity and releases energy instead of rationing it.

Once-upon-a-time the NHS was a vocational calling – isn’t it time to a back to basics approach?

Find the purpose, create the engagement and patients start to matter – again. 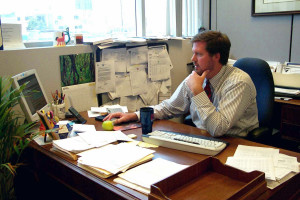 Employee Engagement – is it the prequel for CSR and Sustainability? 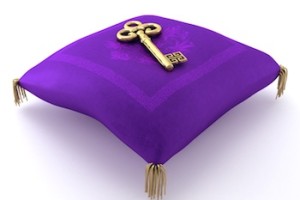 Engagement – how to engage employees?